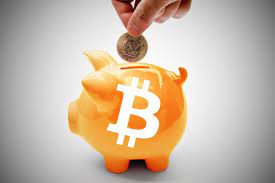 Cristiano Ronaldo is one of the outstanding players, not only a sports icon, but also in many other fields," said Binance CEO Changpeng Zhao (CZ) on June 23.
CZ said it will exclusively collaborate with the Portuguese star in the release of the NFT collection series on the Binance NFT platform. It is expected that the first collection will be available later this year, designed by Ronaldo himself.
Ronaldo is the latest player to enter the NFT field. Photo: Binance
Ronaldo is the latest player to enter the NFT field. Photo: Binance
However, only users in the countries where Binance operates can own these NFTs. "For me, nothing is more important than the fans. The idea of ​​bringing unprecedented experiences and access through this platform is what I want to help create," Ronaldo said. "I know fans will love the collection, just like I do."
According to Binance, the partnership will make the sports fan experience different. In addition to Ronaldo, the company is also collaborating with the Argentine Football Association, the Brazilian Football Federation and several other sports clubs.
Before Ronaldo, many players also entered the NFT field. In August 2021, Lionel Messi collaborated with BossLogic and Ethernity to create his own virtual world and release NFT. "Football King" Pele also had some NFT works and posted them on Ethernity last year.
NFT (non-fungible token) is a non-replicable digital authentication certificate, stored in a blockchain and used to represent ownership of digital assets. Thanks to the secure nature of blockchain technology, a record of ownership is always available, cannot be modified, and guarantees only one owner at a time. NFT items become unique, cannot be copied, copied, thereby creating their own value in the market.
NFT created a fever last year, but cooled earlier this year. According to NonFungible, the daily NFT transaction volume in May was 19,000, down 92% from the peak of 225,000 in September 2021. Global revenue in the sector also nearly halved from $4.6 billion in January to $2.4 billion in March.
bitcoin car