Super scam of 2 billion USD in digital currency was caught

Faruk Fatih Ozer, CEO of Thodex exchange, who shocked the market by defrauding players of $2 billion in cryptocurrency, was arrested after a year on the run. 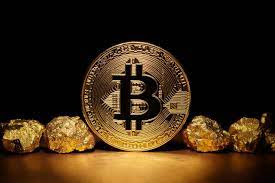 On August 30, the website of the Turkish Interior Ministry announced that Faruk Fatih Ozer, founder and CEO of Thodex - one of the country's major cryptocurrency exchanges, was arrested in Albania while preparing to leave the country. This person's identity is confirmed through biometric results. Extradition proceedings have begun.
Faruk Fatih Ozer, CEO and founder of cryptocurrency exchange Thodex. Photo: T24
Faruk Fatih Ozer, CEO and founder of cryptocurrency exchange Thodex. Photo: T24
According to Cumhuriyet, about 400,000 people have deposited money on the Thodex exchange with a total value of nearly 2 billion USD. On April 17, 2021, a person discovered that the price of Dogecoin for sale on Thodex was 30% lower than the market. Two days later, the exchange announced that it was doing a short maintenance with Dogecoin transactions. On April 21, 2021, the exchange announced to stop operating within 6 hours to update. The maintenance period was then extended 4-5 days.
When realizing many unusual signs, many investors denounced Thodex to the authorities. Regulators also quickly froze the exchange's assets, announcing that Ozer, then 27 years old, wanted him for fraud.
A few days later, a Twitter account claiming to be Ozer said that he had been abroad since April 19, 2021. Thodex exchange will still operate again and the accusations are just a campaign to smear the company.
CNBC quoted sources as saying that Ozer soon left Turkey, flying to Albania with $2 billion. Demiroren news agency also published a photo of the man leaving Istanbul airport.
Ankara-based lawyer Oguz Evren Kilic told AFP it was the biggest scam in Turkish history. Thousands of people have filed complaints against Ozer and the Thodex exchange, but it is not clear where things will go.
Before disappearing with large amounts of users, Thodex was one of the largest cryptocurrency exchanges in Turkey. The daily trading volume is up to nearly 1.2 billion USD, as of April 16, 2021. About a month before the incident, the exchange initiated a campaign to give away free Dogecoins. The exchange's website announced that 4 million Dogecoins were given away to users, but many on the list said they did not receive any tokens.
According to Bloomberg, the Thodex incident took place at the same time that the Central Bank of Turkey issued a ban on using cryptocurrencies for transactions. The government of this country has also continuously issued many warnings about the potential risks of digital exchanges. Anadolu news agency reported that Thodex is part of a boom in digital currency investment trends. Many people in this country look to cryptocurrencies as an effort to preserve their wealth against the inflation of the economy.
Not long after the CEO of Thodex was issued an international arrest warrant by the Turkish authorities, on April 24, 2021, the country's fourth largest cryptocurrency exchange, Vebitcoin, also collapsed, the General Director and three employees. Another member of the floor was arrested.
According to Cointelegraph, Thodex was the biggest rug pull in 2021. The second biggest deal then belonged to the AnubisDAO project. On the Discord channel, this project raised more than 13,256 ETH, or $54 million at the time, overnight before disappearing.
According to Chainalysis' report on crypto crime, the amount of money stolen in 2021 is equivalent to more than $7.7 billion, an increase of 81% compared to 2020. Rug pull alone accounts for $2.8 billion.
Rug pull is a popular term, talking about a certain crypto development team abandoning a project suddenly and taking all the investors' money with them. Not only cryptocurrencies, NFT has also become a new environment for rug pull cases to rage. For example, on October 28, 2021, a group impersonating the Miss Universe organizers created NFTs about Miss, attracted investment, but then fled with all the money.
bitcoin Crypto